What Happened to the U.S. Manufacturing Industry?

The Impact of The Great Migration

Hunger is More Than Being Hungry 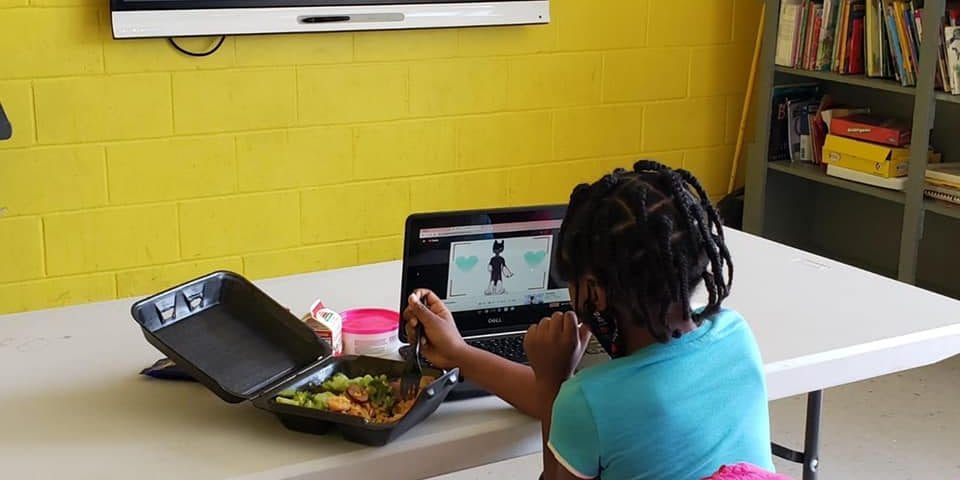 I went to bed hungry once.

I was in community college in San Diego living in a beach house with two other guys.

My roommates weren’t around on this Saturday night. I had no money and no car. As it got dark, I searched the cupboards and refrigerator and realized there was no food in the house. Zero.

So, I went to sleep early without having eaten.

Going to bed hungry is more than just having an empty stomach. There is a loneliness and sadness that accompany it.

The next morning, I rode my bicycle an hour to my parents’ house to get something to eat. That evening, my roommates had replenished the kitchen.

I vowed never to go to bed hungry again. In the 46 years since then, I haven’t.

About one-eighth of the United States isn’t as fortunate.

In 2019, the Department of Agriculture reported that 35 million Americans were struggling with hunger issues.

This year, the organization Feeding America estimates that number has grown to 42 million due to unemployment and other issues surrounding the COVID-19 pandemic. About 13 million of those who face food insecurity are children. Another 5 million are seniors. That’s an increase of 38 percent among the older population since 2001.

The problem is not limited to one region.

Hunger can be found in urban, rural and suburban areas, although less populated areas tend to be hit a little harder. Feeding America estimates that 2 million households in rural areas, where much of our nation’s food is grown, don’t get enough to eat. People in rural towns face additional obstacles such as transportation and a lack of services when they try to seek help.

People of color also tend to be more vulnerable.

One in 6 Latino households also struggle with hunger issues.

Feeding America estimates that two-thirds of people facing hunger issues have incomes above the poverty line.

A recent story in National Geographic reported that two-thirds of households with children who face food insecurity have at least one working adult. Feeding America states that 80 percent of the Latino families they serve have at least one family member working.

The National Geographic article, which is entitled “The New Face of Hunger,” talks about how hunger now is different than it was in the Great Depression. Many people facing this problem today have jobs and homes. Some are even a bit overweight due to unhealthy diets.

That’s why the federal government in 2006 replaced the word “hunger” with “food insecurity” in its literature.

For children, food insecurity can mean more than being hungry. Besides the health consequences of malnutrition, hunger can also affect school performance as well as create behavioral issues.

For adults, hunger can increase the risk of chronic diseases ranging from high blood pressure to heart disease to diabetes. The stress of not knowing from where your next meal will come can also lead to mental health problems.

The COVID-19 pandemic has exacerbated the situation.

Schools being closed has affected the 22 million children who rely on free or reduced price lunches they receive on campus.

Many families live in “food deserts” where quality grocery items are not nearby. Even those who can get to a grocery store sometimes have to purchase cheaper, less nutritious food.

The rise in homelessness during the pandemic is also a factor. Evictions increased as people fell behind on rent. The number of homeless in the United States is now estimated at more than 550,000. Hunger is a common affliction of being homeless.

Even with a home, many families facing hunger don’t qualify for federal assistance, so they must rely on food banks and other services. 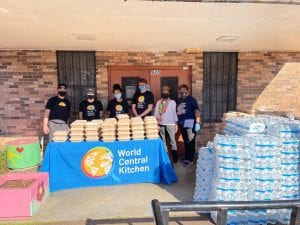 World Central Kitchen is one of the agencies helping fight hunger. Photos by World Center Kitchen/WCK.org

The irony is that 72 billion pounds of safe, edible food goes to waste in the United States every year. Between 25 and 40 percent of food grown, processed and transported here is not consumed.

This is where groups such as Feeding America step in.

The organization works with farmers, manufacturers and retailers to secure food before it is thrown out. They also seek out staples that are nutritious and high in protein. The group also hosts educational programs and outreach to help break the cycle of poverty and hunger.

The World Central Kitchen is another group that pitches in.

The organization, founded in 2010 by chef Jose Andres, has served more than 50 million fresh meals to people impacted by natural disasters around the world. The group has chef relief teams that are deployed to hard hit areas.

They have been busy everywhere since the COVID-19 pandemic hit. They also jumped in when the February snowstorms knocked out power in Texas and other states.

Some structural solutions that have been suggested include consistent meal programs, mobile food markets and training people on how to grow their own fruits and vegetables.

The bottom line is that until the hunger issue is solved, millions of children in the United States will go to bed tonight with that lonely and sad feeling that I felt many years ago.